I'm finally graduating from my Ph.D. program! I got a job in North Carolina, and we've already moved. After unpacking all the necessities and a few other boxes, the unpacking frenzy subsided, and I got bored. Technically, I've started my job, but the "real work" doesn't begin until the spring semester starts.

I really wanted to crochet while I caught up on all of my YouTube channel subscriptions. So after much browsing on Pinterest, I found a pan protectors project and a spiral circle pattern. A little bit later, I have one pan protector and will probably make more once our kitchen's organization settles. 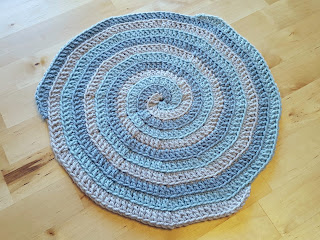 Thoughts on the process

Careful observers will see I made a mistake with the blue yarn near the center (picture below), where I stitched in both loops rather than only the back loop. I noticed my error after I had worked enough of the circle that fixing it did not seem worth the needed unraveling.
This mistake does give me the opportunity to see the difference between only stitching in the back loop or both. I like the look of using the back loop much more than both because it emphasizes the spiral much more cleanly.
Labels: azure Caron one pound yarn Crochet pan protector soft grey mix soft sage spiral circle 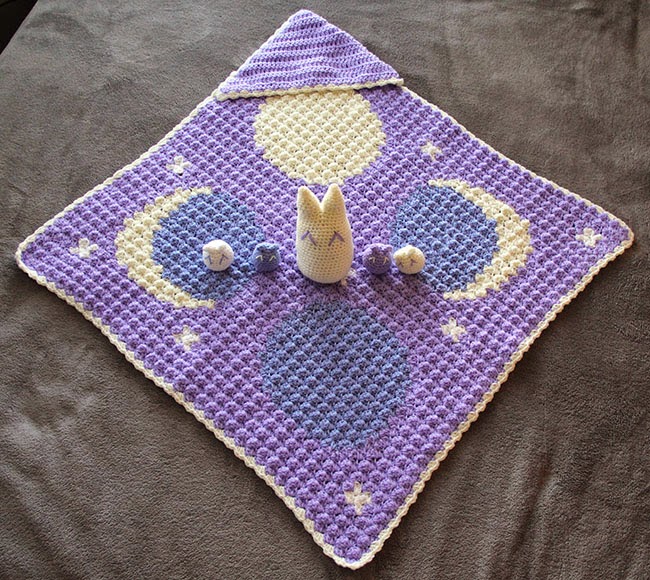 Phases of the moon and totoros

Kristin Stephens-Martinez
My name is Kristin Stephens-Martinez, and I am an Assistant Professor of the Practice at Duke University in the Computer Science Department. My research interest is on inspecting data from classrooms to find interpretable data-driven insights that help instructors find ways to improve their course material. I am also in the process of producing The CS-Ed Podcast, sponsored by a SIGCSE Special Projects Grant. Learn more by visiting the podcast's Facebook Page or Twitter account @csedpodcast.